All four Auckland and Northern Districts sides will miss the opening rounds of the Domestic cricket season, as the impact of Auckland’s Level 3 and 4 lockdowns necessitates a pragmatic approach to the 2021-22 season, announced today.

Reigning Plunket Shield champions Canterbury get the summer underway on Saturday 23 October, hosting Ross Taylor and the Central Stags at Hagley Oval, while at the Basin Reserve, 2019-20 champions the Wellington Firebirds host the Otago Volts.

The Central Hinds and Otago Sparks kick-start the women’s season on 30 and 31 October, with ground-breaking Hallyburton Johnstone fixtures at Saxton Oval where the growth of the female game locally will be acknowledged by the first women’s Domestic matches to be played in Nelson.

Now the schedule gets a bit more complicated, as NZC endeavours to allow adequate time for Auckland-based players to get game-ready.

The Auckland Aces need to wait until round 3 to begin their Plunket Shield season on Sunday 7 November. Their Round 1 clash against Northern Districts Men and Round 2 fixture with Canterbury have been postponed, with details of all rescheduled matches to be confirmed by NZC at a later date.

Last season’s HBJ finalists the Auckland Hearts and (defending champions) Canterbury Magicians will likewise make delayed starts to their campaigns, that will begin with a doubleheader weekend at Rangiora’s Mainpower Oval on 6 and 7 November.

Northern Districts Women have five players based in Auckland and therefore will also open their summer on the same weekend (6-7 November) against Wellington Blaze, at another international venue, Mount Maunganui’s Bay Oval. 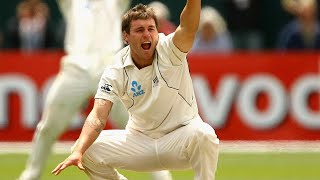 The Most Spectacular Manchester Derby Ever